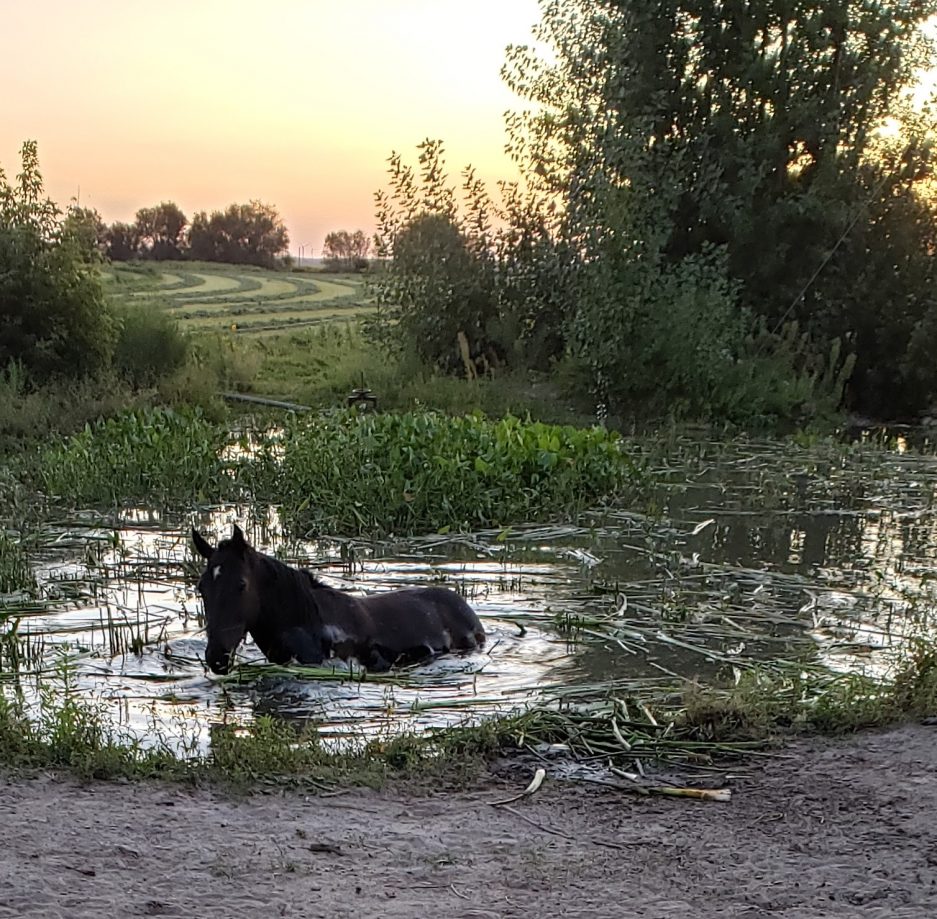 Long before it was the refrain of a popular 90’s song, my Mama told us kids whenever we traveled to take every opportunity to enjoy our experiences. “We may never pass this way again,” she said. “There is no question once in a lifetime memories are the best.”

Of course, being a kid I didn’t completely understand what she meant. I was usually busy making funny faces at passing cars, yanking my fist up and down so truck drivers would honk at us, playing the ABC game–and cheating at it by writing the letter Z on a piece of paper and holding it out the window. Perhaps most importantly, to me alone, I learned to pronounce the names of towns. Raleigh is no longer Raw Leaf. Missoula, is no longer Miss Suey.

We were blessed at the number of places we traveled when I was a kid. I’m sure I’ve lost as many wonderful memories as I’ve retained. Still, memories aside, I’ve learned an awful lot for which I am most grateful. I’ve learned people may have a completely different culture from the one I grew up in, but if you take the time to listen, you’re likely to learn you have much in common. I’ve learned the forests within a few miles of my home are every bit as beautiful as the forests of the Blue Ridge Mountains. I’ve learned the jagged peaks of the mighty Bitterroot Mountains are every bit as intimidating as the lofty peaks of the Bavarian Alps. Most importantly, I’ve learned to take every opportunity to enjoy myself.

Last week, when my husband and I were blessed with the chance to travel to Alaska on a cruise, I did my best to turn back the hands of time in my grown-up mind, and remember the awe and wonder I felt as a kid seeing something for the first time.

The first couple of days were a bit of a bust. I’ve seen the ocean. I’ve seen Seattle. I’ve seen islands.

Despite the fact I was having a blast on our big-ol’ boat, by the third day of our cruise, I was beginning to wonder if we would see anything that would bring back that childhood sense of awe and wonder.

I woke up at 6 a.m. on the fourth morning of our trip. Deciding I’d had plenty of sleep, I stepped out on the verandah of our state room. And for the first time in more years than I can remember, I felt that wonderful, child-like sense of awe.

We were slowly making our way up Glacier Bay.

I’ve seen glaciers before, but I have never seen anything as truly pristine as the area I was now gazing upon. There wasn’t a building or road in sight. No blaring horns. No hoards of people. No aircraft buzzing overhead. Pristine is an understatement, but probably the closest word I can find in the English language to describe the experience.

With my husband–and his binoculars–in tow, I raced to the upper decks of the boat only to be treated with sightings of mountain goats, a grizzly bear, sea otters, and Orca whales. To coin an old phrase my Mama often says, “My dance card was full.”

I was so excited by the beauty around me, I truly forgot I was on a boat with 2,200 other people. Nearly everyone around me was starring, slack-jawed and quiet, at the brilliant beauty around us.

After nearly two hours of slowly floating up the bay, I assumed I had seen the best their was to offer of Glacier Bay. Naturally, I was so enraptured by the sights around me, I managed to forget the bay got its name for a reason. In the middle of watching two sea otters frolicking in the frigid milk-colored waters below me, I realized the boat was turning.

I felt a tremendous amount of sadness because it was obvious we would be heading back the way we came, and within a couple of short hours this beautiful wilderness would pass from view.

At that point I looked up from the water, and realized the captain of the ship had turned the boat to position it in the best possible way, to show the majestic expanse of a massive glacier.

I suppose I could wax philosophical at this point, and attempt to use the 26 letters of the alphabet to describe the sight in front of me. But I would fail. Breathtaking. Yes. Beautiful. Yes. Indescribable. Yes.

But honestly, the only thing I could think of as my eyes drank in the beauty in front of me was: I must etch this this memory as deep as possible in my conscience, for I may never pass this way again. 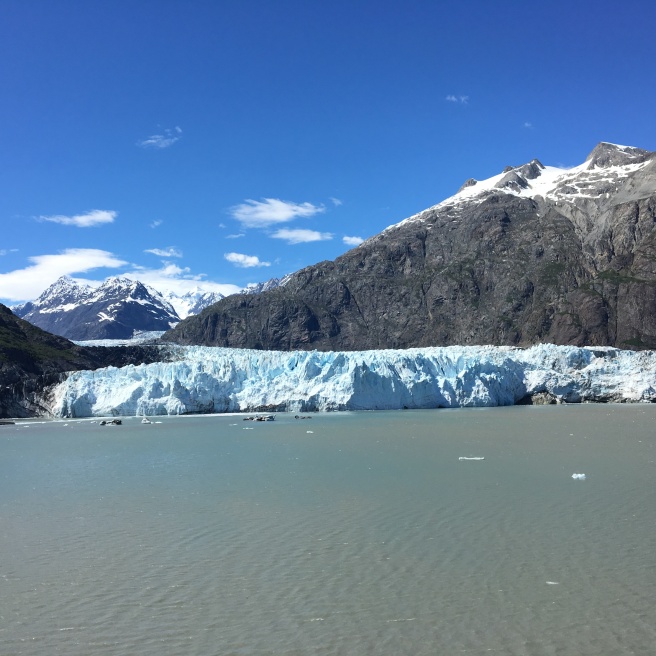 I was born and raised in the great state of Idaho, and spend as much time as I can writing, traveling, exploring, and enjoying life's amazing adventures. My husband and I own a cattle ranch in a tiny Idaho town aptly named Bliss. I've written much on history, especially for regional publications, but my dream is to someday publish my middle grade fantasy series: THE BRISTOLON CHRONICLES. View all posts by bristolonchronicles